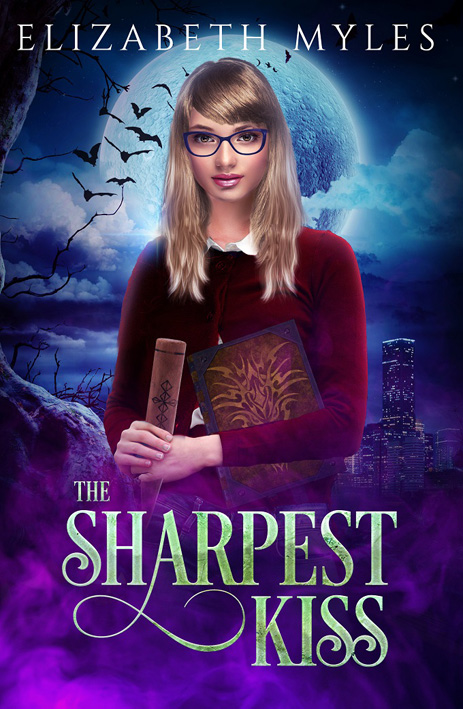 Her handsome boss has just been turned into a vampire!

What’s a girl to do when her office crush finally asks her out on a date…but then promptly gets himself bitten by the undead and transformed into a monster? Just sit back and let the darkness devour him? Or fight to bring him back into the light?

Twenty-four-year-old Lucy Booth is a mild-mannered executive assistant with a major crush on her boss, Aaron Ames. When the nerdy but adorable middle-manager finally asks her out for pizza one night, she’s thrilled. And when he turns up at the office the next day looking clammy and complaining of being sick, she assumes he either has the flu, or he’s been out partying too hard the night before.

But then she notices his newly acquired aversion to sunlight and the two puncture wounds on his neck…and he tells her he’s been bitten by a vampire.

Not just bitten but turned.

Lucy knows she can’t simply abandon the man of her dreams to immortality as a bloodsucking nosferatu. She has to turn him back! But how?

Thankfully, her best friend, spunky bookseller Jessica Ramos, is up for the challenge. With her help, Lucy quickly discovers that vampire bites, while rare, are not as uncommon as one might hope. Particularly in the Houston suburbs. Teaming up with other victims—both recent and long past—of the undead, the women embark on a quest to cure Lucy’s man.

Soon, Lucy finds herself battling malevolent forces she’d never before imagined might exist in real life. It’s easily the scariest and most unexpected thing she’s ever done, but it will all be worthwhile if she can rescue Aaron from the clutches of darkness and prevent him from spending eternity as a servant of evil.

If she can save him from succumbing forever to the wicked aftereffects of THE SHARPEST KISS.

…And if they can finally go out for that pizza.

More About the Book