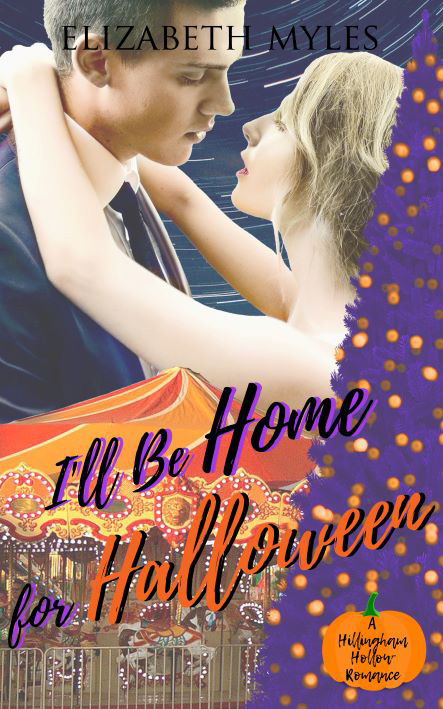 I'll Be Home for Halloween

This Halloween, lose your heart in Hillingham Hollow…

Welcome to Hillingham Hollow, the wholesome Texas suburb where romance abounds and real magic is rumored to be in the air…

As a teen, Clea starred on reality TV with pop star London Lange. She’d thought they were in love, but when the show ended, he left town and never returned. Years later, Clea still thinks about London. A lot. But she hopes someday she’ll learn how to let him go because chances are, she’ll never see him again. Or will she? Could a magical Halloween reunion spell their second chance?

Book 4: I’ll Be Home for Halloween

When Clea was fifteen, she dated a pop star. Not because she was a star herself, but because her family signed on to appear on reality television with a famous boy band. For most of her sophomore year, one of the boys, seventeen-year-old London Lange, lived in Clea’s attic. The handsome and charming singer ate meals with her, rode to school with her, and eventually pretended to be her boyfriend in front of the cameras. As awkward as all of that could be at times, it was nothing compared to the most horrible thing London did while he was in town. He stole—and then broke—Clea’s heart.

Now Clea is older and wiser, and she’s done her best to move on from the past and from the show. She’s keeping a low profile, focusing on her budding career as a journalist, and, for the most part, doing fine. She still thinks about London. A lot. But she hopes someday she’ll learn how to let him go because chances are, she’ll never see him again.

During one special, supposedly enchanted, Halloween weekend, Clea gets her secret wish and runs into London on the street. He looks almost the same, and yet no one else seems to recognize him. While his anonymity bewilders Clea, she has more pressing concerns at the moment, like getting to the bottom of why London is back in Hillingham Hollow all of a sudden, and what happened when he took off years ago. Why did he lie and break his promises to her? Why did he crush her heart? And while a part of Clea is afraid to ask, she can’t help also wondering…after everything that’s gone on between the two of them, can they ever have a relationship again? A real one this time? Does London even want one?

The avalanche of questions twists Clea’s mind and heart into knots, all the more so when she begins to suspect the answers might involve something…well, not quite of this world. Something supernatural…